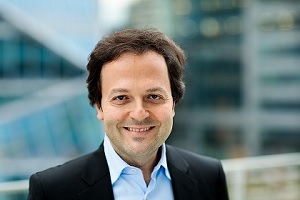 I am the Partner in charge of the French Real Estate & Hotels sector at KPMG Audit. I am also a member of KPMG Real Estate Global Steering Group. I have a twenty-six year experience at KPMG in Paris and London. I studied at ESCP Europe and I have an executive degree of the Wharton Business School. I am a Fellow of RICS.

« Gend’her » think tank was created from my observation. Men are strongly represented at meetings or conferences of the real estate industry, which is not the case for women. Most of the existing associations that promote women rights and inclusion in business are made up by women for other women. Thus, as an expert of this industry, I wanted to create a think tank of c-levels that would involve both men and women.

I think that the key of success of this inclusion is to make men and women work together for the same goal. We have issued the first barometer of gender diversity in the real estate industry, and for 97% of the panel, it is up to men and women collectively to take corrective measures to foster gender equality.

Beyond the social, ethical and economic issues that gender inequality causes, it is important to emphasize the benefits of gender diversity: creativity, efficiency, dynamism and durability. As an example, according to an IMF study, in banks with gender diversity, lowest levels of bad debt and best resistance to pressure have the highest proportion of women in the executive board.

Furthermore, according to recent studies, the five occupations providing the most employment in 2022 will be female-dominated occupations, thanks to women’s skills conducive to teamwork.

PWN Paris and Think Tank Gend’her have a common goal: accelerate and develop women’s careers; together we bring our strengths, ideas and initiatives to influence, stimulate the reflections for a new leadership.

There is a long way to go, and the objective will have been achieved when “In the future, there will be no female leaders. There will just be leaders”, as Sheryl Sandberg said.